If you want to get a fairy really angry just say ‘thank you’ to them. Fairies live in a society where ‘thank you’ is the worst swear word that can be said by an unknowing human. They are far more likely to forgive you for deliberately stamping on their foot a hundred times or dunking them in a well, than if you utter those two words of blasphemy in their presence.

Let’s turn the tables and imagine for a moment that you’re a Fairy; you’ve toiled to complete a particularly arduous task for a human and they dare to utter those words in response. You take the required sharp intake of breath to fuel the red mist above your eyes and all rational fairy thoughts have left the building. You explode into an unstoppable rage that involves gnashing teeth and clenched fists. The human stands back, looks at you all confused, and comments ‘how odd Fairies are’. You reply as calmly as possible that ‘thank you’ is like a magical human spell that dismisses the work you’ve just done so that it becomes instantly forgotten, like a piece of chewing gum hiding inside fluff in the corner of your coat pocket. You add, ‘that right now you’d like to give them the biggest wedgie ever and if they ever dare to say that to you again – you will’. 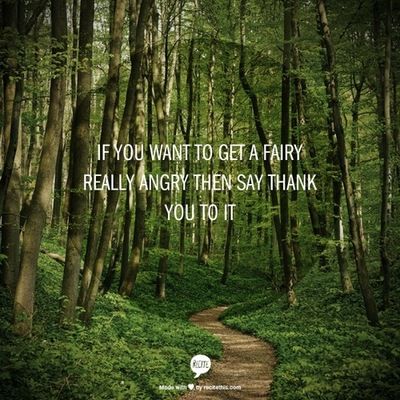 I never gave my use of ‘thank you’ a single thought until the main character in ‘Instar‘ (Maia) attempts to say ‘thank you’ to a Fairy called Caspian. She quickly learns to avoid the word at all costs, but to understand how this would really feel I spent a week acknowledging deeds without using Fairy swear words (thank you). I can honestly say I never realised how many times a day I said those words until the second they were taken from my vocabulary. After a door was opened or someone passed me something I was left with a silent void and I fidgeted on the spot while the other person stared at me with expectation gleaming in their eyes. My automatic response system kicked in and the words formed inside my mouth where they bubbled and frothed, and fizzed, like an over agitated alka selzer ready to be ejected into the atmosphere and splatter across the recipient’s face, like a ‘thank you’ version of ‘you’ve been tangoed’.

Truthfully, keeping those words locked inside my head proved a far harder task than I’d ever thought it would be. As the week wore on I began to find alternative words and gestures to fill the awkward moments. And, then it became clear; Fairies aren’t being awkward or rude by not saying thank you; they are making sure their actions speak louder than words. They choose the more meaningful option of ‘show and not tell’. In my novel Instar, Caspian explains; Fairies rarely say ‘thank you’ to each other because the gesture binds them to watch over the recipient’s life with their own. Now, when you put it like that you begin to reconsider using ‘thank you’ with such abundance, as there’s no way you’d want to be indebted to some of the people you say thanks to every day. 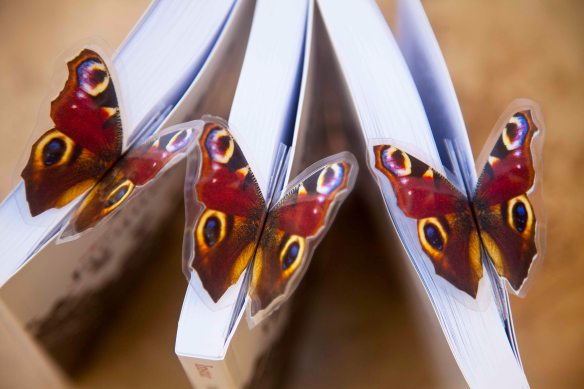 By the end of the week I found a smile and a nod went just as far, if not further than saying ‘thank you’ and using other words challenged me to think more deeply about the gratitude I wanted to convey. I realised that it’s the repetition of words like ‘thank you’ and ‘I love you’ that truly lessens their value. Perhaps, Fairies are teaching us that we need to put more effort into the words we say regularly and make sure the words we really mean are felt and not just heard. With this in mind, my thoughts turned to my group of readers who are known affectionately to me as ‘Team Alpha’. These people willingly stepped inside my story bubble and became part of my World and I wanted them to have a memory to keep, and to feel my thanks, and as they’d just read my novel about Fairies it seemed wrong to get a card with the biggest fairy insult plastered across the front.

So I made them gifts instead, but honestly and truthfully if I was a Fairy I would say ‘thank you’ to each of them because I’d gladly watch over their lives with my own as that’s how much they mean to me. For me, a novel is never written alone, its written alongside, and for those I cherish. I may come up with the ideas but it’s their feedback, which allows the story to go through metamorphosis and one day turn into a beautiful butterfly. 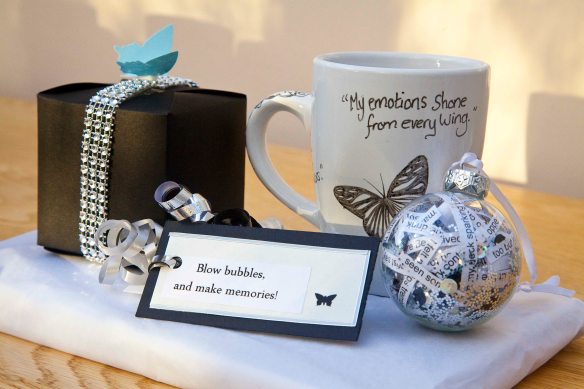 You can see their comments and more about me on my Facebook page. Stop by, like and share in the magic 🙂  and there is more on Pinterest where you can still find all the links to my recipes as well as the board for my book – Instar or my full site can be found at www.jacquelinejay.com as I will not be able to post all my posts on here forever, but you all seemed to be still enjoying them so I thought I would share.

The most common question an author is asked is; ‘where do you get your ideas from?’ One of my favourite films is ‘Finding Neverland’ and the reason I love it so much, is because it shows me how the story of Peter Pan came to life. Ok, I also admit freely that I blub like a baby at the ending every time. But, the truth is I also love it because I’m curious, and I need to know how ideas start.

A Pinterest board works in the same way, so today I grant you snooping rights with a behind the scene’s tour of the same visual journey I took to write Instar. You get to walk in my pinning shoes, and discover more about my characters, the story and locations used. Now you can see how, and where my ideas came from.

Come and join me in the never seen before world of “Instar”, a story about a seventeen-year-old girl called Maia James, who is plagued by cold shivers so intense they make her bones judder, and every time it happens her memories seem to disappear, like someone or something is stealing them? She wishes she had the power to steal memories but she never expected to get it.